Having a year of complete non-activity on enwiki, so if I absolutely have to, I'll clone a public article here, restrict activity to this wiki. Root (talk) 20:32, 15 February 2021 (UTC)

Did upgrade, didn do much with the Critique, am now enabling SSO for media wiki. This and other pages will require fairly high privilege level but any actual local drafts of public wiki mainspace articles under discussion will be enabled to any identified user. Looking at having wiki accounts recognized here, at least in mediawiki. Have tapered off to a very slow trickle so don't expect timely replies from me.Root (talk) 21:54, 22 May 2018 (UTC)

More than 100K edits @ en.wiki.org at this point, recent spurt of activity. Assuming continued existence, will probably upgrade mediawiki, enable write access thru the dominion SSO, and do something with Sarte's thing (#9 in right list) in second half of the Xian year. Root (talk) 07:04, 9 June 2014 (UTC)

Over 10,000 edits, mostly IP based before 2009-08-15; after trying to channel changes to articles into my owned space. Going forward in general net venues I generally try to use either my Western ( JuanDaugherty ) or Qin ( Ren Juan / 仁人卷 ) real name as nick where a public persona is called for and my original and very long standing "kyberuserid" otherwise. 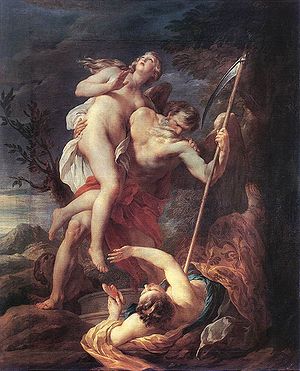 I continue to maintain these user pages, make an occasional critical edit, use Lycurgus in all public wiki instances, and on the freenode irc connection being used for wiki channels.Lycurgus (talk) 16:09, 13 September 2009 (UTC)

My political compass (2009-12-21): Economic Left/Right: -4.00 Social Libertarian/Authoritarian: -7.28 . To understand how this fits, look at the chart at the en:political compass site, this value is substantially to the right of Nelson Mandela and far beyond both him and the Dalai Lama in the anti-authoritarian direction. This will give some idea why I don't vote or countenance the US political process although FTR, in the last decade I have moved substantially to the right in the Economic dimension. When I first took the test 6 years ago, was as far to the left of Mandela as I am now to the right but I would never leave the quadrant and am apparently on a trajectory in the libertarian direction . Lycurgus (talk) 12:40, 21 December 2009 (UTC)

Other things being equal, and no great matter of principle being at stake, I will generally defer to an editor who has put in more edits as I did in the case of the non-human casualties of en:MV Danny F II being "en:animals" rather than "en:livestock". Lycurgus (talk) 11:53, 26 December 2009 (UTC)

Noting the number of edits at the English wiki is probably over 50K at this point but will attempt to limit to en:Freelancer. Root 15:17, 4 December 2011 (UTC)

Does appear shut down. Almost all edits over the last few months user space maintenance. I think it's natural to move on as www.n indicates and 7 plus years of work for the wikipedia is think sufficient. Root (talk) 18:05, 14 December 2013 (UTC)

Purpose of this Draft Space

The articles here allow me to check out the functioning of the current version of the mediawiki software with some crowdsourced content as a balance to the EG pages solely created by me. Most pages have a link to the current state of their wikipedia articles which will generally have diverged after the time I fork a page here. Will be updating the mediawiki base version, applying aii.biz enabled version of EG to it later this year. Root 15:57, 28 June 2011 (UTC)

It's unlikely I'll be editing the English wiki further, but one learns never to say never. Pretty sure the total number of edits would be in the 20K range. Root 16:57, 11 August 2011 (UTC)

Sometimes it seems like ones' involvement will never end with a site but in time it does, you know unless you were like married to it or sumthin. Root (talk) 01:01, 25 November 2012 (UTC)