The original meaning of the acronym (SFAIK) is given below and I adopt also the Unisys backronym "Single Point Operations" which they actually discontinued in 2005.

In the current context, the more or less same function corresponds to squeak code which is developed to run in SqueakJS or a 5.2 desktop. These classes shall not have compile/fileIn time MCP/DCP dependencies and will operate equivalently in a 32 bit browser or 64 bit desktop image. 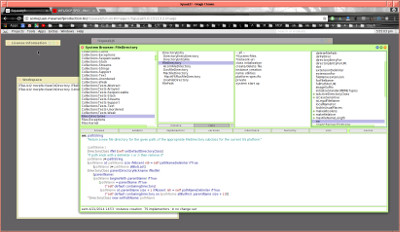 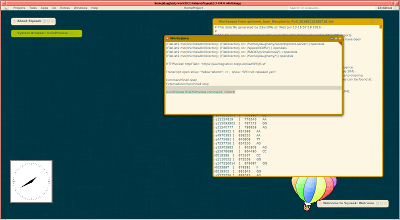 Command and Edit MCS was the MCP version of the better known CMS of IBM VM/CMS, with both session control and source editing capabilities. A reference card is in the MoCA page in my wikipedia user space.

DCMS shall support an API for use by the SPO and AC interfaces with a transformed set of the CANDE control commands in the same and common style of the MCP and WFL as these are implemented in the revival. The source editing commands are mooted but line number orientation of sources is not.

When a program event is displayed it must report the source line number of the associated event.

In the original MCP based systems one or more consoles could function as the "SPO", the system operator interface. Originally it stood for "Supervisory Print Out" in the early MCP (presumably B5000 or possibly earlier). In my homage it has become simply "SPO" (sp-oh) for DCP/MCP, the dominion control program in the style of the Burroughs MCP.